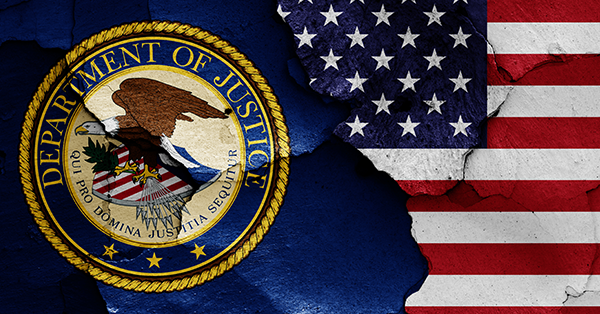 The early formulation of the Department of Justice started with the Judiciary Act of 1789 signed into law by President George Washington. The U.S. Department of Justice (DOJ) was created by an act led by the Attorney General and passed by Congress in 1870 to handle federal law enforcement, criminal and civil prosecutions and all the legal interests of the United States.

The DOJ was tasked by Congress and President Bill Clinton in 1996 to combat fraud and abuse committed against all health plans, both public and private, done so by the signing and implementation of the Health Insurance Portability and Accountability Act, HIPAA. Janet Reno, Attorney General (AG) and Donna Shalala, Secretary for the Department of Health and Human Services (DHHS) established a Health Care Fraud and Abuse Control Program with specific parameters according to the statute.

The goals of the program are to coordinate all levels of law enforcement to control health plan fraud; conduct investigations, audits, evaluations and inspections with regard to health care delivery and payment; facilitate enforcement of all levels of health care statutes; provide industry guidance, alerts and safe harbors around fraud against health care; and, establish a national data bank of providers with adverse actions for the purpose of centralized access. The program is funded by what is recovered from fraud investigations.

Verisys was originally founded on the vision of two former highly placed government appointees in 1992 and preceded the Federal Government’s Health Care Fraud and Abuse Control Program. John O’Shaughnessy, former assistant secretary of the DHHS, and Dick Kusserow, former Inspector General for DHHS began creating their own database called Fraud Abuse Control Information System, FACIS®. Knowing the need for a centralized data platform that aggregates and stores verified data from primary sources, they built FACIS® record by record, and today it holds more than 8 million records, growing daily and cumulative since 1992 for a longitudinal view of health care entities and individuals.

Health care fraud continues to be a growing problem across the United States with fraud schemes proliferating at a rate that is difficult to keep up with. New laws and government entities are continually created in a concerted effort to close the gap and pool resources to mitigate fraud, waste and abuse in the health care system.

“The significant number of settlements and judgments obtained over the past year demonstrate the high priority this administration places on deterring fraud against the government and ensuring that citizens’ tax dollars are well spent,” said Jody Hunt, Assistant Attorney General of the DOJ’s Civil Division.

Health systems and payers are vulnerable to fraud, waste and abuse since the DOJ largely relies on whistleblowers to come forward with allegations against not only providers, but executive leadership, vendors, and all parties involved with the delivery of health care goods and services.

Verisys believes that proper screening and continuous monitoring of the provider population is the most powerful deterrent to health care fraud and abuse. From its basis business model of offering  FACIS® searches to Federal and State agencies as well as health systems, to having developed its SaaS credentialing platform, CheckMedic®, Verisys provides the tools to prevent, detect and stop health care fraud and abuse in its tracks, ultimately protecting patients from exposure to abuse and fraud schemes.

Collecting, identity matching, and verifying data from thousands of disparate primary sources on a continuous schedule for every provider and employee is beyond reach for health system medical staff services, task forces, investigative units, and Medicare and Medicaid program administrators. Closing the fraud gaps through these channels is the front line to the greatest positive impact for reducing the billions of dollars lost to improper payments in the first place.

As an example, aggregating data from just the DOJ into a searchable data set requires downloading the regularly published press releases on health care fraud then matching and adding those details of arrests, charges, convictions, fines and penalties to individual and entity records.

Verisys engineered the sophisticated data and technology process that captures the important work of the DOJ and delivers it through searches, or a turn-key data platform—ensuring the results of every effort to prevent and halt health care fraud is counted, verified, matched, recorded in perpetuity, and made available to those providing and reimbursing for health care items and services.