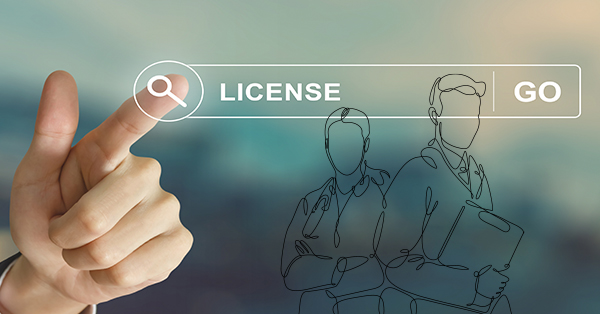 When a State Medical Board issues a license to practice medicine, it is responsible to assure that the licensed provider has been properly trained and maintains skills through education and clinical practice to assure the highest level of care to that state’s patient population.

Another highly important function of the State Medical Board is to respond to and investigate complaints by patients, other medical boards, health professionals, government agencies, and health care organizations, and subsequently take action to discipline and publicly report those disciplinary actions.

Most state boards publish notices of administrative and disciplinary actions available to anyone on their respective websites. The reports typically include the date of issue, name of the physician, city and state of practice, license number, type of action, and date of action. Most patients do not go through the process of independently researching their doctor as it is assumed that a health care organization, as well as the insurance company, would assure the quality of its provider staff and network.

Even if a health care consumer, or the medical staff services department of a health care organization, searches a single state medical board data base it would be difficult to find out if a provider left a surrendered, revoked, or an impaired license in one state to apply for and receive a license in another state.

FSMB COMPILES DATA AND REPORTS ON LICENSE STATUS AND DISCIPLINE

The Federation of State Medical Boards (FSMB) promotes quality health care and embraces the mission of protecting patients and as part of that mission, it compiles data on provider discipline for all U.S. jurisdictions. There are 70 medical boards represented by the FSMB. The Docinfo portal allows anyone to search a provider by name to see if there are any sanctions, restrictions, or disciplinary actions affecting a provider’s license nationwide. Searching the FSMB data base would reveal a provider’s behavior across state lines.

The typical levels of discipline start with a reprimand that usually comes with conditions that must be satisfied, and from there, licenses can be restricted, then go to probation where the provider’s license is technically revoked or suspended for up to 10 years. A suspension of the license can be from a few days to six months, followed by a period of probation. The strictest consequence is permanent revocation of a provider’s license. At any point, the provider may surrender their license during an investigation and in these cases, a surrendered license cannot be restored, renewed, or reinstated. The physician must then apply for a new license once the investigation is concluded. Civil monetary penalties and fines can be imposed and in the event of improper payments due to fraud, administrative action can be taken to recover overpayment amounts.

In an article by Naveed Saleh, MC, MS, featured on MDLinx in the Internal Medicine section, there is a list of the top 10 disciplinary actions imposed in 2017. Data technology is attributed to an increased number of providers brought to discipline. The past 10 years have shown an average of 4,000 providers annually that have received some form of discipline from their state boards with 8,813 actions taken in 2017.

The article goes into detail breaking down the majority of the 8,813 actions into these top 10 categories:

The FSMB published a report in 2018 called, U.S. Medical Regulatory Trends and Actions. In the report is a list of examples of unprofessional conduct that would warrant disciplinary action.

These examples include the following:

STATE MEDICAL BOARDS ARE PASSIVE AND RELY ON REPORTING

In any of these instances, it is up to a third party to report such actions to the State Medical Boards and then for the Board to take action allowing for due process in allegations of unprofessional or illegal conduct. There can be large time gaps from the occurrence of misconduct to the time the disciplinary action is enforced, leaving patients vulnerable

Verisys believes in pulling data from thousands of primary sources in order to identify behaviors and actions that indicate danger to a patient, or history of fraudulent acts. With its data platform, CheckMedic®, containing 320 million records aggregated from more than 3,500 primary source publishers including FACIS®, health systems, hospitals, state and federal investigative units, CMS, and state Medicaid administrators can access a 360-degree view of health care service individuals and entities from both a longitudinal and real-time perspective. The information is available and universal use of this data to protect patients and mitigate fraud in health care can save countless lives and billions of dollars.