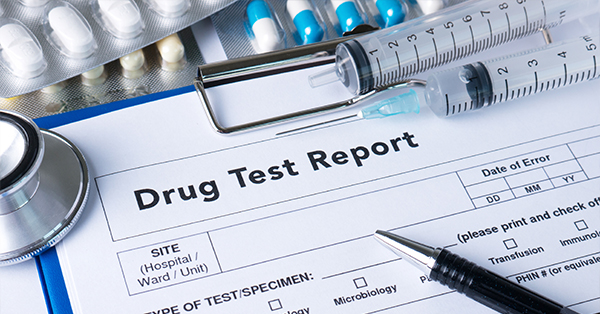 For example, although marijuana use remains illegal under federal law, at least 33 states allow medical use, and 11 of those states allow recreational use. What the new laws mean for the workplace can be dually complicated for the healthcare field. Here’s what changes healthcare employers should be aware of with new state and federal drug testing laws in 2020.

Which Pre-Employment Drug Tests Do You Need for Healthcare Employees in 2020?

Healthcare companies have the ability to test for a wide variety of drugs.

However, specifically for employees who have access to narcotics distribution, healthcare employers often use a more expansive 10-Panel Drug Screen. The 10-Panel Drug Screen tests for the standard five drugs plus overuse of prescription drugs such as barbiturates, benzodiazepines, methaqualone, methadone, and propoxyphene. Depending on the potential employee’s access to drugs, the company may require an Expanded Opiates Drug Test to determine painkiller abuse from hydrocodone, oxycontin, and other synthetic opiates.

The “Cannabis Regulation and Tax Act” took effect on January 1, 2020, authorizing the personal legal use of marijuana for anyone over the age of 21. More significantly for employers, marijuana is considered a “lawful product” under the Illinois Right to Privacy Act, which bars discrimination against employees and applicants for using lawful products off-duty and off of the employer’s premises.

While marijuana is considered a “lawful product,” employers can:

An employee can be considered impaired or under the influence of cannabis if the employer has “a good faith belief” that an employee manifests specific, articulable symptoms “while working that decrease or lessen the employee’s performance of the duties or tasks of the employee’s job position.”

Amendments to the law also create protection for employers who subject employees to “reasonable drug and alcohol testing, reasonable and nondiscriminatory random drug testing, and discipline, termination of employment, or withdrawal of a job offer due to a failure of a drug test.”

Upon determination, employers may drug test for marijuana use according to workplace policies and take disciplinary action for positive marijuana test results.

Nevada was the first state to prohibit employers from refusing to hire a prospective employee solely due to a positive drug test for marijuana. However, the law does not apply to applicants who apply for emergency medical technician positions or employees who “in the determination of the employer, could adversely affect the safety of others.” Most (but not all) jobs in the medical field may apply these exceptions.

Employers are still permitted to have a drug testing policy; however, if an applicant tests positive for marijuana, the employer must:

The New York City Council passed an ordinance going into effect May 2020 that prohibits employers from requiring job applicants to submit a drug test for the active ingredient in marijuana. However, most medical professionals and hospital staff are likely to apply under exceptions to this rule as exceptions are provided for “safety and security-sensitive jobs, those tied to a federal or state contract or grants.”

Oklahoma also amended its marijuana laws in 2019, expanding new protections for marijuana use. Oklahoma law prohibits employers from discriminating against an employee or applicant solely on the basis of a person’s status as a medical marijuana licensee.

Additionally, no employer may take employment action based on a medical marijuana licensee’s positive drug test for marijuana unless:

There are some “safety-sensitive” exclusions that may apply to most, but not all, hospital staff. Safety-sensitive job duties that might affect healthcare employees include, but are not limited to:

There are several ways healthcare employers can protect their organizations and improve compliance while managing changing drug testing laws:

State laws on drug testing are constantly changing so it’s important to review laws regularly with a screening provider. Credentialing experts at Verisys can help maintain compliance for your organization by monitoring the changing state and federal laws specifically concerning medical marijuana, discrimination, and privacy.

Learn more about how Verisys can assist your HCOs in meeting all government and regulatory standards.

The Importance of Primary Source Verification for Practitioner Credentials

If there’s one thing healthcare organizations can count on, it’s changing regulations. Although credentialing and recredentialing standards were temporarily changed due to COVID, many regulations are returning to the former protocol. That’s why it’s important to...

END_OF_DOCUMENT_TOKEN_TO_BE_REPLACED

What is a Healthcare Compliance Officer?

As government agencies and national regulatory organizations pass more regulations and the need for healthcare services grows, healthcare compliance officers (HCOs) are more important than ever. Healthcare entities must comply with an increasingly complex and changing...

END_OF_DOCUMENT_TOKEN_TO_BE_REPLACED

Did you know that for every 1,000 licensed healthcare practitioners there will typically be 20 with inactive licenses, 10 with a suspended license, and another six practitioners with either a restricted or revoked license, or on probation? On top of that, among those...