What Are DEA Numbers and What Are They Used For? 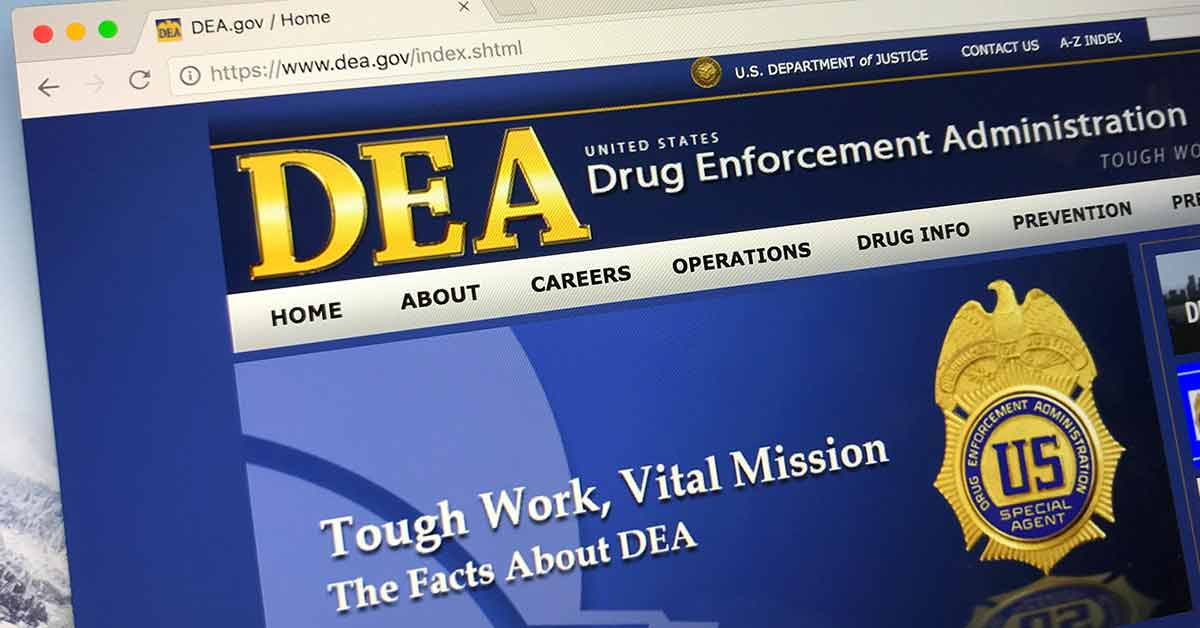 A DEA number is assigned by the Drug Enforcement Administration to many types of healthcare providers, including physicians, optometrists, dentists, veterinarians, physician assistants, and nurse practitioners. The DEA number allows providers to write prescriptions for controlled substances; it is also a way for the DEA to track provider prescriptions and monitor potential fraud and abuse.

Despite COVID-19 disruptions, the DEA continues to pursue and prosecute physicians, pharmacists, and other providers for unlawful distribution of controlled substances. In March of 2021, a federal grand jury indicted the owners, operators, and two nurse practitioners of a pain management clinic for conspiracy to distribute and dispense oxycodone and for distribution and dispensing of oxycodone. Fines in this case totaled $270,000, and each participant will serve up to 20 years in prison.

Released last week, a federal court in Brooklyn, NY sentenced a pharmacy owner to 36 months in prison for the illegal distribution of over 10,000 Oxycodone pills. The defendant was not licensed to prescribe medications. These are just a couple of the many such cases in the last year.

The Drug Enforcement Administration (DEA) maintains the Controlled Substance Act Database as part of an ongoing effort to carefully regulate and monitor controlled substance prescriptions. Here’s more about the history of the DEA, the importance of the DEA number, and how Verisys uses this data to protect patients and healthcare organizations from fraud and abuse.

The Creation of the DEA

The DEA was founded in 1973 as a part of President Nixon’s War on Drugs initiative. Before the DEA, various enforcement and intelligence agencies were responsible for discovering and prosecuting drug-related crimes. The DEA was created to consolidate their work and establish one primary source for investigation and prosecution.

Today, the primary mission of the DEA is to enforce the controlled substances laws and regulations of the United States. The DEA championed several campaigns such as Nancy Reagan’s “Just Say No” campaign and Red Ribbon Week.

After Congress passed the Controlled Substances Act (CSA) in 2001, all existing regulated drugs were divided into five categories called schedules. The CSA also provided frameworks for new drugs to be added to the schedules and created the registration system for practitioners that is in use today.

Why DEA Numbers Are Important

DEA numbers follow a specific format — two letters, six numbers, and one check digit — that verifies the number’s validity and reveals the prescriber. Here’s the formula:

Although a computer automatically verifies the DEA number when a prescription goes to a pharmacy, providers who prescribe and dispense controlled substances should understand the makeup of a DEA number as a check against opioid abuse.

DEA numbers and the CSA database serve as primary sources to credential practitioners. HMOs, clinics, health insurance, pharmaceutical, and medical services firms all use DEA numbers to verify that a practitioner is registered to handle controlled substances.

Do All Providers Need a DEA Number?

Without a DEA number, a provider cannot prescribe controlled substances to patients; however, not all prescriptions are controlled substances. DEA numbers are unique to each provider, as described above, and they are only given to providers that have undergone the proper certification and testing, as specified by state and federal law.

While a provider could still practice without a DEA number when they’re not prescribing controlled substances, working without it is difficult. Many insurance companies and pharmacies use a DEA number as provider identification, and it has become standard. But a DEA number is not the only identifier for providers.

Differences Between DEA and NPI Numbers

According to the Centers for Medicare and Medicaid Services (CMS), “The National Provider Identifier (NPI) was adopted and became effective May 23, 2007, as the standard unique health identifier for healthcare providers to carry out a requirement in the Health Insurance Portability and Accountability Act of 1996 (HIPAA) for the adoption of such a standard.”

One of the obvious differences between an NPI and a DEA number is the agency from which they are issued: the CMS issues an NPI, and the DEA issues a DEA number.

When it comes to identifying fraudulent activity around and abuse of controlled substances, Verisys’ data platform goes beyond binary results from individual search queries. Verisys’ nearly 30-year-old database contains millions of provider records dating back to the 1990s. This historical and real-time aggregated database matches records to existing provider data such as aliases, addresses, work history, license history and status, data from agencies such as NPI, DEA, OFAC, and thousands of other primary sources nationwide to deliver a complete and longitudinal view of a provider or entity.

Data is valuable, but if your organization doesn’t know how to aggregate or verify the data, you will be vulnerable to risk. Initial searches upon hire and continuous monitoring of current providers are both essential to prevent controlled substance fraud and abuse that could endanger patients. Contact Verisys to find out how to keep your organization safe in an increasingly data-centric environment.

What Does the OFAC Sanctions List Have to do With Russia and Ukraine?

Reports from Ukraine continue to reveal devastation, including shelled-out apartment buildings, street fighting in Kyiv, and missile launches from the Black Sea. Since the initial assault on Feb. 24, hundreds of Ukrainians have died and hundreds of thousands more have...

END_OF_DOCUMENT_TOKEN_TO_BE_REPLACED

Everything You Need To Know About NPI Numbers

What Are NPI Numbers?  The NPI (National Provider Identifier) number is a 10-digit numerical identifier that identifies an individual provider or a healthcare entity. An NPI number is shared with other providers, employers, health plans, and payers for billing...

END_OF_DOCUMENT_TOKEN_TO_BE_REPLACED

Understanding NPI Numbers and Their Importance in Preventing Healthcare Fraud

What is an NPI Number? The National Provider Identifier (NPI) is a standard that establishes a unique health identifier for healthcare providers and entities. An NPI is a unique identification number created to improve the efficiency and effectiveness of electronic...