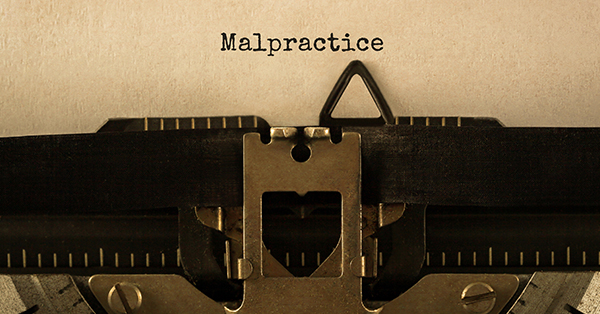 Screening and monitoring against malpractice data is the most direct way for health systems and provider organizations to expose high-risk providers and protect patients. It is important to screen the broad population of an organization against malpractice claims data because it’s not only physicians who harm patients from malpractice; injuries can be caused by radiologists, surgeons, surgical staff, nurses, assistants, aides, pharmacy staff, pharmaceutical manufacturers, and administrators.

JUST HOW HIGH ARE THE STAKES?

An NBC News report from July 2019, states that more than one in 10 patients are harmed by medical mistakes and more than 10 percent of those mistakes caused permanent damage or death.

Medical errors are one of the leading causes of death in the U.S. in spite of technology advancements. It is believed that between 250,000 and 400,000 deaths occur annually due to medical errors. A 2016 study by Johns Hopkins supports the 250,000 number of deaths related to medical error.

Filing a malpractice claim is one of the only ways for patients to try and recover from the devastation of medical malpractice. And for those responsible for screening and monitoring health care professionals, finding out information about medical malpractice suits and settlements can be like finding a needle in a haystack. Searching through public licensing board records state-by-state is time consuming and often the data is old.

Gaining access to the National Practitioner Data Bank (NPBD), the federal database of malpractice claims and provider sanctions, requires registration and eligibility under federal regulations as spelled out in the NPDB Guidebook, Chapter B: Eligible Entities. Eligible entities include:

In an effort to close gaps in the reporting criteria, a Department of Health & Human Services (HHS) decision, mandates that all medical malpractice claims involving exchange of payment or compensation must be reported to the NPDB extending the requirement to report beyond the prior wording of “written claim or written demand for payment.”

Further outlined in a Modern Healthcare article published in 2014, the HHS ruling was designed to capture disclosure of out-of-court settlements including mediation. Certain states, such as Oregon and Massachusetts, passed laws that characterized payment received through mediation or non-litigative settlements as outside of the “written claim or written demand for payment” clause and therefore not required to report to the NPDB.

An article published by American Medical Forensic Specialists (AMFS), said that the payments must be reported to the NPDB even when the provider is determined not at fault.

REPORTING REQUIRED, BUT NOT ENFORCED

The HHS ruling clarified the requirements for reporting, however, there is no formal enforcement around reporting. The NPDB relies on reporting by authorized, eligible entities as earlier described and there are loopholes where malpractice events remain under the radar.

In cases where doctors enter into mediation and personally pay a settlement from personal funds, the settlement will not be reported to the NPDB. This is one of the reasons many providers decide to “Go Bare”, the term used for those who don’t carry any medical malpractice or also known as professional liability insurance. Another reason providers choose to not carry liability insurance is the cost of the coverage, and additionally, some providers and organizations believe that knowledge of liability coverage invites claims by patients.

The requirement to carry medical malpractice insurance is imposed by states, not the federal government. According to a Gallagher blog, some 36 states do not require medical malpractice insurance and no minimum levels of insurance. However, there are instances where providers may be required to carry coverage such as for high-risk procedures, or physicians requesting visiting privileges.

VERISYS IS THE SOURCE OF CURRENT AND HISTORICAL MALPRACTICE CLAIMS DATA

Verisys includes the NPDB as one of its more than 5,000 primary sources comprising the CheckMedic credentialing platform containing more than 320 million records including historical data from 1992. As an approved query agent with NPDB, Verisys has real-time, continuous access to medical malpractice claims reported to the NPDB. Knowing the current status as well as the history of malpractice claims on medical professionals is the first line in protecting patients and assuring quality care with quality outcomes.