The DEA is the “Single Unified Command” on Drug Law Enforcement 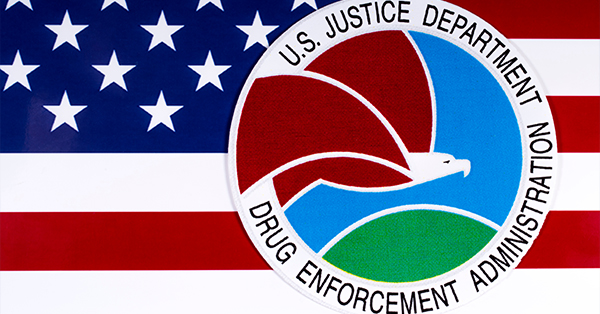 With the opioid crisis reaching catastrophic levels, regularly accessing the United States Drug Enforcement Administration (DEA) data is more important than ever. The DEA Controlled Substances act Registration Information database is one of more than 5,000 primary source publishers that Verisys Corporation collects in its aggregated data platform of some 320 million records. Because of Verisys’ rich data volume of verified records, health care fraud schemes are more likely to be discovered with search results that deliver a comprehensive profile of a provider or an entity.

It is also committed to supporting non-enforcement programs working to reduce the availability of controlled substances.

Arriving at the “single unified command” took a winding road through the history of federal drug law enforcement. The Harrison Narcotic Act was signed into law by President Woodrow Wilson in 1914 to enforce an international treaty to curb opium use. Subsequently, in 1915, federal drug law enforcement took shape with the Bureau of Internal Revenue. State and Federal laws, commissions, bureaus, and regulations were created looking to define and prosecute for illicit drug commerce. There were multiple agencies all fighting separately against the proliferation and distribution of illicit drugs, and often competing for access and resources. By the 1960s, two agencies were engaged in drug law enforcement, the Bureau of Drug Abuse Control (BDAC) and the Federal Bureau of Narcotics (FBN).

President Richard Nixon declared “an all-out global war on the drug menace” and in 1973 presented his Reorganization Plan No. 2 to Congress, and the DEA was created by Executive Order to unify all efforts. By consolidating all efforts under the DEA, intelligence was pooled and policy put into place to govern operations that protect the rights of citizens while investigating and prosecuting within the bounds of established law.

Verisys is under a Memorandum of Agreement with The National Technical Information Service (NTIS), the only authorized distributor of the online searchable, as well as direct transmittal of the most updated DEA Active Controlled Substances Act (CSA) database.

The CSA database consists of records of more than one million individuals registered under the Act, including registrants doing business under their individual names rather than a business name.

he CSA database is used to credential practitioners as well as to certify a practitioner’s CSA status and is extremely useful to HMOs, clinics, health insurance, pharmaceutical, and medical services firms, and others who must verify that a practitioner is registered to handle controlled substances.

As with the National Provider Identifier (NPI) numbers, the DEA number can be used to commit medical identity fraud in a variety of ways:

How Verisys Combats Fraud and Abuse of Controlled Substances

Because of the fraud and abuse that exists in the world of controlled substances, Verisys built a data platform that goes beyond binary results on search queries. When a search is executed for purposes of initial screening or continuous monitoring, the name is entered into a sophisticated data platform containing hundreds of millions of records dating back to the 1990s. This historical and real-time aggregated database matches records to existing data such as aliases, addresses, work history, license history and status, NPI, DEA, OFAC, and thousands more primary sources nationwide in order to pull up a complete and longitudinal view of a provider or entity.

As you can imagine, the bad actors are counting on the fact that a simple name alteration will return “no results” on a name search, so using someone else’s DEA or NPI number can fool those who rely on only the DEA Controlled Substances act Registration Information databases for identity and credentials verification.

Much like those who buy one ticket to a concert and then slip the same ticket to friends to gain entry, without a system that links one person to one ticket, fraud is relatively simple. When it comes to controlled substances and the way criminals have gamed the health care system, the DEA number is the hub of the wheel with the potential of greatly reducing the harm caused to patients by the perverse creation of addiction and all too often overdose. The needless loss of life also comes with the loss of billions of dollars through improper reimbursements by Medicare and Medicaid diverting funds away from the very population that funded the system and are entitled to its benefits. Verisys works every day with our partnered clients to identify and remove those who abuse the system in an effort to make a difference in our nationwide opioid crisis.