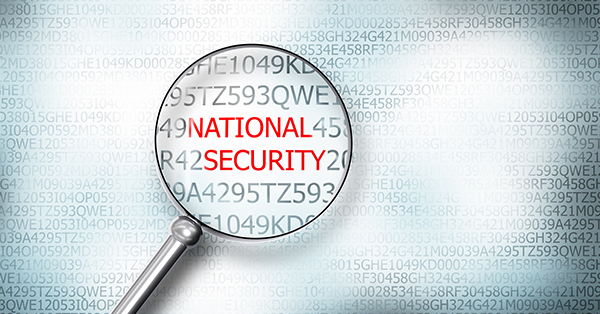 The Office of Foreign Assets Control (OFAC) of the U.S. Department of the Treasury issues and enforces economic and trade sanctions according to U.S. national and foreign policy. OFAC plays an important part in sustaining our national security by targeting and acting against terrorists, international drug traffickers, the proliferation of weapons of mass destruction, and other national threats.

OFAC publishes a searchable list of entities and individuals associated with hostile countries and regimes as well as those engaged in or associated with actions that put the U.S. national security, foreign policy or the economy at risk.

Anyone can search the SDN list as well as two country-specific lists; the Consolidated Sanctions List combining seven lists, and the Other OFAC Sanctions Lists combining all lists plus two additional lists.

BREAKING DOWN THE DATA LISTS

SDNs are not country-specific but U.S. citizens are prohibited from doing business with them and facilitating access while their assets are locked. This list contains some 6,400 names of individuals and entities connected with sanctioned targets.

IT’S UP TO EVERY U.S. CITIZEN TO COMPLY WITH OFAC SANCTIONS

Blocking of assets and restricting trade and enterprise with those listed as sanctioned protects national security and the economy by preventing and mitigating money laundering and the funding and facilitation of terrorism.

Every U.S. citizen, permanent resident aliens, foreign subsidiaries owned or controlled by U.S. individuals or entities must comply with OFAC regulations no matter where they are located. Fines for violation include civil monetary as well as criminal penalties and vary depending on the sanctions program. It is not unusual for combined fines to exceed several million dollars.

While it is not currently required by the Department of Health and Human Services (HHS) to search OFAC, in order to seek reimbursement from state and federal entitlement programs such as Medicare and Medicaid, an organization can still realize penalties of between $11,000 to $50,000 per violation.

WHY OFAC FOR HEALTH CARE SCREENING AND MONITORING?

Adding OFAC screening and monitoring to a compliance program in the health care industry is important to the safety of patients through provider transparency, as well as preserving the integrity of insurance claims and confirmation of the identities of all vendors and contractors of services, devices, and drugs.

Understanding the use of aliases, and other techniques to verify that the search results are matched to the proper identity of the individual or entity when screening and monitoring against these lists is a crucial element in data searches. Human resources, medical staff services, and compliance departments have faced discrimination, defamation and other charges by individuals who have been mistakenly identified as listed on the OFAC, SDN list. Identity resolution when screening and monitoring is an essential part of compliance. When names are used in a siloed search without aggregating additional data points through algorithms, an error in identity either by having a no-results error or a mistaken positive result can be extremely problematic.

What is an OFAC Administrative Subpoena?

Verisys consistently reaches 99.9% identity matching accuracy 99.9% of the time because of its data platform of 320 million records that are verified, validated, and authenticated by a team of data experts using Verisys’ proprietary matching logic. With its automated, real-time connection to more than 5,000 primary source publishers that include OFAC, OIG, SAM, FACIS®, DEA, FDA, DOJ, National Sex Offender and Abuse Registries, and Licensing boards, Verisys delivers a 360-degree data profile on individuals and entities. This level of attention to screening and monitoring creates a culture of compliance with not only Federal laws and regulations, but to many standard-setting organizations, and the highest level of business best practices that protect all stakeholders.