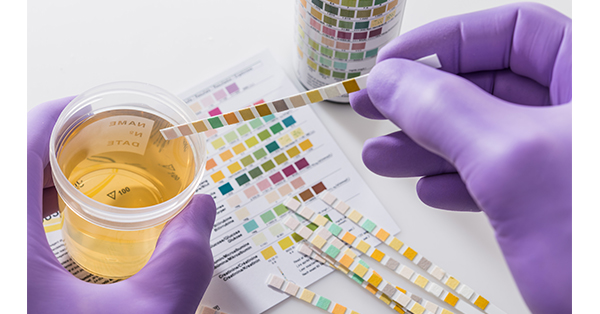 For nurses, physicians, and healthcare technicians, pre-employment drug testing could be a matter of life and death. Unfortunately, there may be more drug abuse among healthcare providers than expected. According to the Psychiatric Clinics of North America, 10 to 15 percent of physicians in the U.S. have a substance abuse issue. Increased stress from COVID-19 (specifically in the medical community) creates an even higher risk for already escalating substance abuse numbers. Considering the swift pandemic changes in healthcare, due diligence in pre-employment drug testing is critical for quality of patient care, legal liability, and the integrity of your healthcare institution’s reputation.

What Do Pre-Employment Drug Tests Look For?

The most common pre-employment screening is the 5-Panel Drug Test which identifies five substances including:

However, with employees and providers that distribute narcotics, healthcare employers often use a more expansive 10-Panel Drug Screening. The 10-Panel Screening tests for the five drugs plus abuse of prescription drugs such as barbiturates, benzodiazepines, methaqualone, methadone, and propoxyphene.

Drug testing laws vary by state and employers should monitor neighboring states’ laws, especially if they employ physicians or nurses with short contracts, traveling nurses, or those providing telehealth services. In the last election, voters in five states approved marijuana laws that may impact drug testing for healthcare employees in those states.

Here are the recent changes that employers should know about:

Arizona Proposition 207, also known as The Marijuana Legalization Initiative, was passed in November of 2020 and went into effect in January 2021, legalizing the recreational use of marijuana. However, legalization doesn’t affect healthcare employers who wish to maintain a drug-free workplace. Arizona is an “at-will” state, and employers can decline employment to those who use alcohol or marijuana. The proposition states that it doesn’t restrict the rights of employers to maintain a drug and alcohol-free workplace or restrict its use by employees or prospective employees. The exception to this rule is that employers cannot discriminate against an employee or potential employee based on race, sex, gender, disability, religion, or medical marijuana use. However, medical occupations are considered “safety-sensitive” jobs and may be subject to a prohibition of medical marijuana use.

In November 2020, Montana I-90 was approved, legalizing the recreational use of marijuana in the state in addition to 2020’s medical marijuana legalization. Despite I-90, employers are not required to:

Under Public Question Number 1, New Jersey also legalized the recreational use of marijuana in addition to the 2020 legalization of medical use. The amendment went into effect in January 2021. Although the amendment does not specifically address employment, previous legislation indicated the process with which to address suspicion of medical marijuana use while in the workplace.

These laws and procedures vary by state and are constantly being updated. Employers should review their drug and alcohol testing policies regularly to determine when they may test for marijuana use. Supervisors should also be trained to make reasonable suspicion determinations and be briefed on procedures if breached.

As with any new laws, it’s critical that your healthcare organization become familiar with your state’s marijuana and drug testing statutes. This should include:

In addition to being familiar with state laws, healthcare organizations should be prepared with top-of-the-line screening and monitoring for any violations, exclusions, or disciplinary actions on a provider’s record. Although it may be challenging to keep track of constantly changing drug laws, Verisys provides continuous monitoring across all 50 states to help healthcare organizations determine if violations of state or federal laws have occurred. With continuous monitoring, employers can avoid hiring providers with violations and/or sanctions.

Verisys is the most trusted source for healthcare provider credentialing. Contact us to learn more about how we can keep your organization and your patients safe.

Share On Social
Related News
Verisys Blog
What is CVO Credentialing?
Read More
Verisys Blog
Recent Provider Fraud Lawsuits
Read More
Our website uses cookies to enhance your user experience. By continuing to use this site you are giving consent to cookies being used.AcceptPrivacy policy