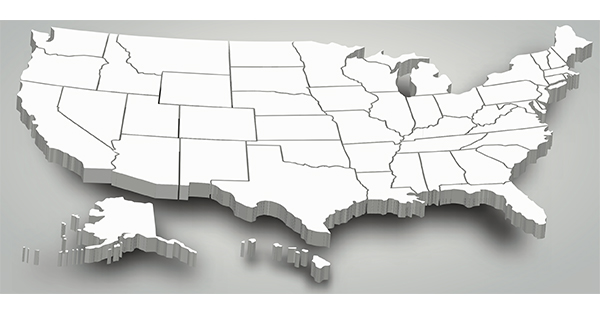 Healthcare institutions must monitor countless lists to stay in compliance; it’s a complex web of regulation. Some lists that should be continuously monitored include federal sources such as the List of Excluded Individuals/Entities (LEIE) (which falls under the Office of the Inspector General (OIG), and the SAM.gov list, which includes a broader set of debarments and exclusions. Additionally, 43 state exclusion lists and Medicaid lists should also be monitored, making screening programs difficult to maintain. Here’s what healthcare providers and institutions need to know about exclusion and debarment lists.

The two main federal exclusion databases to monitor include OIG’s LEIE and SAM.gov. The General Services Administration (GSA) launched the SAM.gov database in 2012 under a mandate from the Affordable Care Act to compile a broader set of debarred, sanctioned, or excluded individuals or entities. SAM.gov (System for Award Management) includes federal contracting databases such as USDA-FNS, TREAS-OFAC, OPM, HHS, and more.

Launched in the early 1990s, the LEIE “provides information to the health care industry, patients and the public regarding individuals and entities currently excluded from participation in Medicare, Medicaid, and all other federal health care programs.” This database is downloadable and searchable on OIG’s website.

Which State Exclusion Databases Should Be Monitored?

Authorized by Title XIX of the Social Security Act, Medicaid was signed into law in 1965 alongside Medicare to provide health coverage to low-income households. Each state administers its own Medicaid program. Although it’s designed to include state exclusion lists, OIG audits show that the LEIE is missing up to 61% of exclusions at the state level. Therefore, in addition to the Federal exclusion databases, healthcare organizations also have an obligation to monitor State Medicaid Exclusion databases (of which there are currently 43) so they don’t miss any information.

Other Databases That Should be Monitored for Fraud and Abuse

In addition to federal and state sources, there are many other databases that should be monitored to prevent fraud and abuse. Some of these include (but are not limited to):

How to Monitor All the Federal and State Lists

Data can be an ally in fighting fraud and abuse. However, premium technology is required to optimize the large volumes of provider data available to healthcare organizations. There are thousands of records that should be continuously monitored. The right technology can scan provider exclusion data on an ongoing basis and alert your organization if one of your providers, employees, vendors, or contractors appears on any of the lists. Verisys’ technology provides transparency and integrity using over 320 million verified, validated, and authenticated records that can help you screen your population and build your compliance program with confidence. With in-depth screening, monitoring, and alerts, your healthcare organization can be confident that it remains in compliance with federal and state regulations and industry best practices for patient safety.

South Jordan, UT, Louisville, KY, July 21, 2022 — Verisys Corporation, a leader in health care data and technology providing turn-key workforce management for some of the largest health systems in the U.S., announced its inclusion in Comparably’s list of Best...

END_OF_DOCUMENT_TOKEN_TO_BE_REPLACED

STREAMLINE COMPLIANCE Compliance is the backbone of successful retail pharmacies. This webinar will cover practical ways to stay aligned with new and existing regulatory requirements issued by the Centers for Medicare and Medicaid Services (CMS), as well as the...