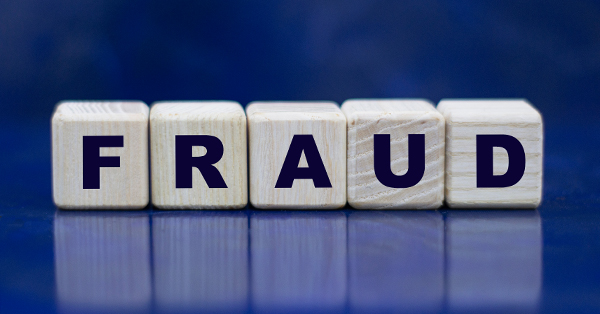 Many Americans (including veterans and the elderly) rely on government-sponsored health care plans, but with increased health care spending, there is a higher risk of abuse of federal health care funds. In 2019, the DOJ reported recovering over $3 billion from just False Claims Act (FCA) cases; negligence or abuse of the government healthcare programs is a federal offense with severe penalties. As a health care provider, it is important to be familiar with federal fraud and abuse laws. To do so is to protect American taxpayers, patients, and your organization from steep penalties.

In this guide, we will cover “what is health care fraud?”; three federal fraud and abuse laws that are important for health care providers to know.

I: The False Claims Act

The False Claims Act (FCA) is a federal statute that establishes liability for knowingly presenting a false or fraudulent claim for payment to the United States government or to a government contractor. Originally enacted in 1863 under Abraham Lincoln at the height of the American Civil War, it was created when defense contractors were defrauding the government, claiming to be providing goods that were never sent. The FCA was therefore established to prevent fraudulent acts against federal and state programs. Although the FCA has changed significantly since the 1800s, its main goal has stayed the same—to prevent fraud against the United States government.

The Most Common False Claims

The health care industry now consistently accounts for the vast majority of settlements and judgments obtained by the federal government under the Federal FCA. Several scenarios can constitute FCA violations.

Examples of practices that may violate the FCA if done knowingly and intentionally include the following:

These claims are false because the physician is knowingly providing inaccurate information to a federal program (Medicare) that he or she performed services (the two extra office visits) that were not performed. The Office of Inspector General (OIG) states, “when you submit a claim for services performed for a Medicare patient, you are filing a bill with the Federal Government and certifying you earned the payment requested and complied with the billing requirements.” A provider clearly did not earn payment for services not provided and will be penalized for reporting fraudulent health care claims.

Ghost Patients: Another FCA violation is the submission of a claim for health care services, treatments, diagnostic tests, medical devices, or pharmaceuticals provided to a patient who does not exist or who never received the service or item billed for in the claim.

Up-Coding Services: Billing of government and private insurance programs is done using numerical codes that identify the procedure or service being performed. Government healthcare programs assign a dollar amount it will pay for each procedure code. Up-coding occurs when a health care provider submits a claim for health care services, treatments, diagnostic tests, or items that represent a more serious or more expensive procedure than what was actually performed. Up-coding is a violation of the Federal FCA.

Medicare Part D Fraud: In 2003, Congress passed the Medicare Prescription Drug, Improvement, and Modernization Act, which added a new outpatient prescription drug benefit to the Medicare program known as “Part D.” Part D has been the target of widespread fraud including Part-D sponsors misrepresenting their benefit offerings, submitting false risk adjustment data, pharmacies up-charging for prescription drugs, improper rebates from pharmaceutical manufacturers and wholesalers, and many other falsifications. One area of concern that has recently come under mounting investigation is the prescribing of commonly abused opioid drugs, which has grown 156% in less than two years.

Red-Lining: Red-lining is a practice of discrimination where healthcare is allocated to healthier patients in order to capitalize on Medicare and Medicaid reimbursements. Since Medicare and Medicaid generally reimburse hospitals a fixed amount based upon a particular diagnosis, one common type of fraud has been for hospitals and insurance companies to discourage enrollment by persons they deem to be sicker or at higher risk for serious illness. Such discriminatory practices commonly referred to as “red-lining” can violate federal and state laws and can also be in violation of the Federal FCA.

Inflating Cost Reports: In order to have specific overhead costs covered, hospitals are required to file cost reports for federally funded healthcare programs. These cost reports of charges, revenue, profits, and charge-to-cost ratios are often inflated, or information is falsified to maximize reimbursements from federal programs.

Violating the FCA by defrauding federal and state funded healthcare programs is a very serious matter. Health care providers and their employees who knowingly submit, or cause the submission of, a false or fraudulent claim for payment to any federally funded program can be subject to civil monetary penalties (CMPs) of $5,500 to $11,000 for each false claim submitted. They can also be required to pay three times the amount of damages sustained because of the fraudulent act, the costs of any civil action brought to recover such penalties and damages, and may also be excluded from participation in federal healthcare programs.

Due to the vast quantity of aid that federally funded healthcare programs provide, the Federal FCA depends upon and allows qui tam actions, which allow a private citizen — now also known as a “whistleblower” or a “relator” — to file suit on behalf of the government against persons engaged in fraud. These private citizens may receive a portion of the government’s recovered payments and are protected from retaliation.

Anti-Kickback Statute (AKS) is a criminal statute that prohibits any offer, payment, solicitation or receipt of money, property, or remuneration to induce or reward the referral of patients or health care services payable by a government healthcare program. According to the OIG and DOJ, “remuneration includes anything of value and can take many forms.”

Remuneration can include, but is not limited to:

Possible penalties for violating the Anti-Kickback Statute include fines of up to $25,000 and up to five years in prison as well as exclusion from federal healthcare programs. Those who violate the Federal Anti-Kickback Statute are also subject to being prosecuted under the Federal FCA, as well as various other federal and state laws and regulations.

The Physician Self-Referral Law commonly referred to as the STARK Law, is a civil law that prohibits physicians from referring patients to receive “designated health services” (DHS) payable by Medicare or Medicaid from entities with which the physician or an immediate family member has a financial relationship. For example, a physician could not refer a patient for x-rays to a facility that their immediate family member owns.

As a strict liability statute, the STARK Law does not require proof of specific intent to violate the law. Penalties for violations of the STARK Law include denial of payment for DHS provided, civil penalty payments of up to $15,000 for each service rendered, and three times the amount of improper payment the entity received from the federally funded program, as well as exclusion from federal or state healthcare programs.

While steep fines and penalties apply, the STARK Law is a civil law and does not apply criminal penalties such as jail time. Some exceptions may also apply.

If found in violation of the FCA, AKS, or STARK Law, the OIG is legally required to exclude the provider, employer, and suppliers from participation in all federal healthcare programs. Under the Exclusion Statute, federally funded programs such as Medicare, Medicaid, TRICARE, and the Veterans Health Administration will not pay for items that these providers furnish, order, or prescribe.

The Exclusion Statute outlines that individuals and entities convicted of the following crimes will be excluded:

Effects of the Exclusion Statute can be extensive and can be found in the OIG’s Special Advisory Bulletin, “The Effect of Exclusion From Participation in Federal HealthCare Programs.”

Both providers and institutions can suffer penalties for employing or contracting excluded individuals or entities. Take the proper precautions to prevent and avoid FCA, AKS, and STARK violations as well as state violations and the severe penalties that come alongside them.

Here’s what you can do:

Consult Verisys and our line of products and services that enhance security and ensure compliance with hundreds of federal and state laws and regulations.