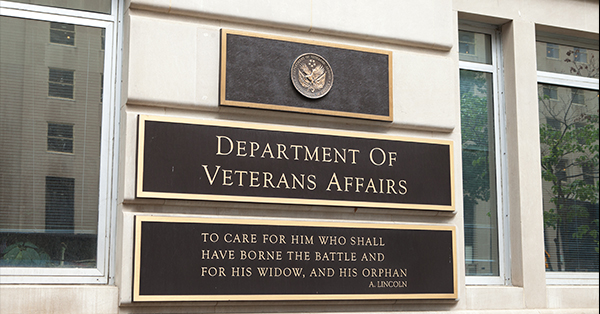 In auditing 5 of the 150 Veterans Administration (VA) hospitals, the Government Accountability Office (GAO) found that eight out of nine health care practitioners had adverse behavior on their records that weren’t reported to the mandated state and national databases according to a Healthcare IT News article on November 28, 2017.

The unfortunate result of this behavior that the U.S. Department of Veterans Affairs has made common practice is that practitioners who would otherwise not be allowed to practice medicine are allowed to continue practice within the Veteran’s Administration’s network of facilities.

Additionally, when a practitioner who would normally be excluded or sanctioned from practicing medicine according to the laws that require reporting adverse provider and entity behavior to the National Provider Data Bank (NPDB) and the OIG’s List of Excluded Individuals and Entities (LEIE), practitioners who leave the Veteran’s system enter the practitioner populous as an employed or private practice provider and continue to cause harm to patients until the time they are ultimately reported.

In the article that references the Government Accountability Office report, oversight of Veterans Administration healthcare is lacking. The GAO recommends that documented, timely audits be conducted via a standardized protocol. The sample size of the review was 148 providers over 3+ years from October 2013 through March 2017.

In early November, the introduction of a bipartisan bill would require the VA to report adverse actions to licensing boards and the NPDB. The state licensing boards can then decide to revoke a practitioner’s license when warranted. A revoked license triggers exclusion, which will then appear on the LEIE.

In a USA Today article published on October 11, 2017, the VA’s actions were characterized as a cover-up and described in heart-breaking detail irreversible damage to veteran patients by practitioners who continue to practice in other institutions.

Even with the limited requirement of provider-type, reporting adverse behavior to the NPDB is mandated, but not enforced, so its accuracy relies on self-reporting without any checks in place to monitor correct reporting. While federal law requires institutions to report medical doctors and dentists to the NPDB, that law leaves out every other licensed, certified, and registered health care practitioner who all have the capacity to harm patients.

This has a compounding effect on fraud and patient endangerment in the U.S. health care system with the Veterans Administration being the largest employer of health care providers.

The Fraud Abuse Control Information System (FACIS) dataset, created and maintained by Verisys Corporation, reveals a historical and full view of a practitioner whether licensed, certified, or registered. Verisys, for its FACIS dataset, has been collecting and aggregating data on health care practitioners across all jurisdictions and taxonomies since 1993, and actively acquires data from some 5,000 primary source publishers in real-time.

The results of a FACIS search reveal exclusions, debarments, disciplinary, and all types of sanctions nationwide and historical.

FACIS is the first and most effective defense against practitioners continuing harmful treatment of patients because of a lack of data. FACIS tags most of the behaviors common to practitioners with an adverse history of practice such as state hopping, licensure switching, using alias names, and multiple NPI numbers.

Share On Social
Related News
Verisys Blog | News Briefs
Verisys Named a Top Company for Women by Comparably.com
Read More
News Briefs
National Health Care Fraud and Opioid Takedown Results in Charges Against 345 Defendants Responsible for More than $6 Billion in Alleged Fraud Losses
Read More
Our website uses cookies to enhance your user experience. By continuing to use this site you are giving consent to cookies being used.AcceptPrivacy policy