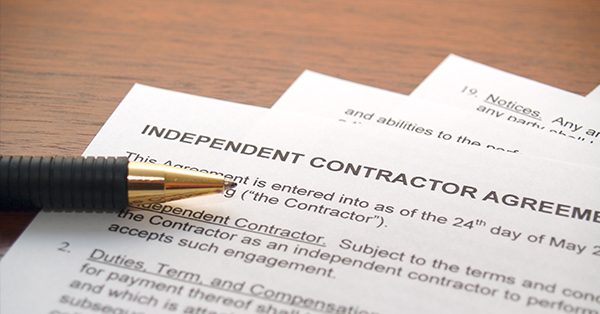 CHECKING EACH STATE’S DISQUALIFICATION LIST ASSURES YOU ARE PROTECTED

As of yet, there is no government source consolidating all the state’s lists of disqualified contractors, so Verisys has created a data set taking in all the disqualification records as released and aggregates these lists, matching records against aliases, then delivers a comprehensive, verified search result from a single query through its data set, FACIS®3.

One of the most common behaviors of those who attempt to abuse the system is what’s known as state hopping. If a contractor is disqualified from working with state A, that person or company simply moves to state B and continues the adverse behavior until it is necessary to move to state C and so forth.

The State and Federal arms of the government work separately to detect fraud and then share information through exclusion, sanction, debarment, and disqualification lists. The General Services Administration (GSA) administers the System for Award Management (SAM) that manages federal procurement systems for several federal agencies.

Each state manages its own procurement process and is able to disqualify a contractor from being awarded a public works contract or subcontract as a result of committing an offense against the contract. When a contractor is disqualified, it carries throughout the entire organization including corporate officers and subcontractors.

WHO COMPRISES THE STATE CONTRACTING STANDARDS BOARD?

The State Contracting Standards Board governs the process of reviewing and ultimately disqualifying those from participating in state procurement contracts. Each state board is comprised of 14 members. Eight members are appointed by the Governor, two by the speaker of the House of Representatives, two by members by the president pro tempore of the Senate, one by the majority leader of the Senate, and one by the majority leader of the House of Representatives. In the event the Governor’s party also controls both houses of the General Assembly, there is a different distribution of board member assignment.

The board members must have knowledge and experience in federal and state statutes regarding procurement, contract negotiation, outsourcing and privatization, competitive bidding, contract risk assessment, real estate transactions, building construction and architecture, engineering and information technologies, business insurance and bonding, ethics and equality in public contracting, human services and personnel, and labor relations.

ACTIONS THAT LEAD TO DISQUALIFICATION

Led by the State Contracting Standards Board, the state contracting agency involved and the Attorney General review the case and may disqualify a contractor for a period of five years or less. Causes for disqualification can include a criminal offense, embezzlement, theft, forgery, bribery, falsification or destruction of records, violation of antitrust laws, conspiracy or collusion, accumulation of suspensions, reckless failure to perform in accordance with the terms of contracts, agreements of subcontracts, and any other offense deemed worthy to disqualify by the Board, the Attorney General, local law enforcement, and the contracting agency.

CONTRACTORS ARE AFFILIATES AND CAN PREVENT ACCESS TO FEDERAL ENTITLEMENTS

The Centers for Medicare & Medicaid Services, (CMS) published a final rule regarding program  integrity that requires “Medicare, Medicaid, and Children’s Health Insurance Program (CHIP) providers and suppliers to disclose certain current and previous affiliations with other providers and suppliers. In addition, it provides the agency with additional authority to deny or revoke a provider’s or supplier’s Medicare enrollment in certain specified circumstances. The provisions we are finalizing in this rule are necessary to address various program integrity issues and vulnerabilities by enabling CMS to take action against unqualified and potentially fraudulent entities and individuals, which in turn could deter other parties from engaging in improper behavior.”

The actions of your affiliates, contractors, or subcontractors could result in fines, civil monetary penalties, and being revoked from the ability to enroll in federally funded programs. It pays to know who you engage with on any and every level.

Verisys delivers the only market-ready solution to track your affiliates’ current and historical data and conduct and can screen an entire company or a single affiliated individual, keeping your organization in full compliance.