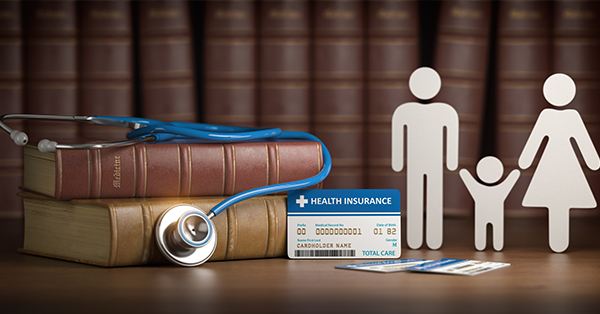 Verisys includes continuous monitoring of the FBI’s database of criminal records as part of its Fraud Abuse Control Information System, FACIS® 3 database that is available for individual or batch online searches and via API. Verisys leaves no stone unturned when it comes to end-to-end primary sources that populate the 8 million-record FACIS data set used for credentialing, enrollment, and monitoring of health care providers and entities. Having a comprehensive, real-time view of every provider can greatly aid in the reduction of fraud, waste, and abuse in the health care system and reduce the number of fraudulent schemes the FBI has to investigate.

Health care spending reached more than $3.6 trillion in 2019 and accounted for 17.8 percent of Gross Domestic Product (GDP) with a projected growth rate of 5.5 percent per year through 2027.

Fraud, waste, and abuse diverts some 10 percent of the total budget away from the care of patients putting upwards of $360 billion in the hands of criminals.

What is lost on health care fraud is more than half of the 2019 Department of Defense’s discretionary budget of $686.1 billion.

THE FBI HEADS THE ANTI-FRAUD EFFORT

With those kinds of numbers on the table, it is no wonder that the Federal Bureau of Investigation (FBI) considers health care fraud investigations a high priority. Through the Complex Financial Crime Program, the FBI has 56 field offices and more than 350 satellite offices across the nation with personnel dedicated to the investigation of health care fraud through coordinated initiatives, undercover operations, strike teams, and task forces.

Through its involvement in the Healthcare Fraud Prevention Partnership (HFPP), a public-private fraud-fighting consortium made up of federal government, state agencies, law enforcement, private health insurance plans, and health care anti-fraud associations, the Bureau participates in data and information sharing.

The U.S. Department of Justice published guidelines for screening persons working with vulnerable populations such as children, the elderly, and individuals with disabilities in need of support. While these guidelines were originally published in 1998, in the same timeframe of the passing of the National Child Protection Act and The Violent Crime and Law Enforcement Act, the relevance of protecting the vulnerable has only increased in importance over time.

As patients in the health care system, everyone is vulnerable to fraud, waste, and abuse since it is a trust-based system and patients rely on health care organizations to carefully screen and monitor not only providers, but executive leadership, vendors, and all parties that interact with a patient through a lifetime of care.

The ease of access to critical FBI information via Verisys’ FACIS® 3 database is the result of a time-consuming, arduous task by the data content team at Verisys. The FBI publishes press releases of arrests, indictments, and sentencing and the content team at Verisys scans the headlines and downloads the press releases, adds the new data to the PDF database, then searches the 320-million record database for any possible matches. Matches and probable matches are then verified to the individual or entity identity and if a match is achieved, that data is added to the record.

For instance, on December 20, 2019, the FBI published a press release on its website from the United States Department of Justice that a doctor practicing in Missouri was sentenced to 45 days in prison and ordered to pay $149,199 in restitution and a $55,000 fine; his company was sentenced to a three-year term of probation with $149,199 in restitution and a fine of $120,000 for submitting false claims to Medicare and Missouri Medicaid.

Here is a case that did not result in exclusion, so the provider and the respective entity would go undetected for this act of fraud unless the news of this intentional fraud was captured and attached to the entity and the individual’s record in perpetuity.

Verisys provides a complete and comprehensive view of individual providers and entities so you can mitigate the risk of paying out first and going through the process of claw back later. Money and effort better spent protecting patients and reimbursing on the highest quality of health care.