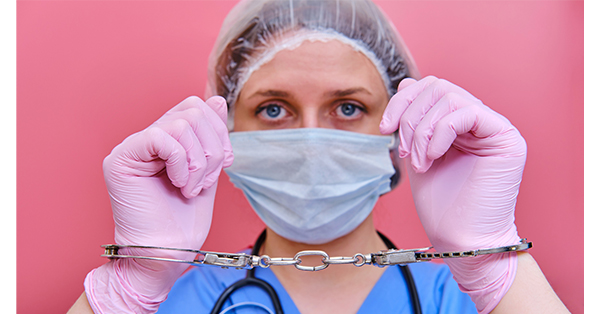 Although laws and regulations impose strict compliance requirements for healthcare entities, some providers still attempt to defraud patients, private insurance companies, and federal health plans. These recent lawsuits from the first months of 2021 demonstrate the importance of thorough credentialing in the hiring and retaining of healthcare providers and careful monitoring of national databases for convictions and exclusions.

Texas CEO Bradley J. Harris admitted to billing Medicare and Medicaid for services not provided, using pre-signed prescription orders to prescribe drugs without a physician’s input, recruiting patients for services regardless of eligibility, and other fraudulent acts. The defendant faces up to 14 years in federal prison.

California physician Dr. Donald Siao faces federal charges for the illegal distribution of hydrocodone and oxycodone. After Siao was identified as a high prescriber by a prescription monitoring system, undercover agents posing as patients stated that Siao neglected to perform proper physical examinations and accepted non-medical justifications to issue new prescriptions. Siao faces sentences of up to 20 years and fines of up to $1 million for some of the charges.

Allergy and Asthma Associates, a medical practice in Roanoke, Virginia has agreed to pay $2.1 million to settle a case involving over $600,000 in improper billing practices. This included administering leftover amounts of an asthma drug and billing Medicare and Medicaid for the drugs as if they were newly purchased vials.

A former employee of dialysis company Fresenius Medical Care North American has alleged that the company made unlawful arrangements with hospitals and nephrologists. These include illegal use of dialysis management contracts that violate the False Claims Act and Anti-Kickback Statute to incentivize patient referrals to Fresenius-owned outpatient centers.

Jack Lee Stapleton and Jack Hunter Stapleton of Stapleton Entities have agreed to settle allegations that they violated the False Claims Act by paying at least $4 million. The claims allege that Stapleton Entities received kickbacks by soliciting patients for drugs regardless of need, procured prescriptions from telemedicine providers, and received payment from pharmacies for half the amount reimbursed by TRICARE.

Susan Gilbert, a Pennsylvania skilled nursing home administrator, has been indicted for charges of conspiracy to defraud the United States, health care fraud, and obstruction of a federal audit. The charges allege that Gilbert encouraged staff to clock in for hours when they were not actually providing patient care, making it appear as though the facility was meeting state and federal staffing requirements. The maximum sentence for these charges is a ten-year prison sentence, a $250,000 fine, or both.

Kenneth Nash, a home health agency owner, was sentenced to 63 months in federal prison for healthcare fraud and a restitution order of $755,628.52. Nash’s company, Universal Home Health Care, submitted $750,000 worth of false Medicare claims for services that were not provided or were medically unnecessary. The claims allege that Nash directed employees to forge physicians’ signatures approving the home health services.

Jeffrey White and Nicholas White were convicted of defrauding the Affordable Care Act in several states by fraudulently enrolling individuals in the program in states where they did not live. According to court documents, the Whites created false lease agreements and false phone numbers to enroll the individuals, who were then sent to treatment programs in California, where the treatment programs billed the ACA. The Whites then received kickbacks from the treatment programs for the referrals. The Whites were ordered to pay $27 million in restitution and also received prison sentences.

Talia Alexandre pleaded guilty to receiving kickbacks from a federal health program and Stefanie Hirsch pleaded guilty to violating the HIPAA statute in connection with a conspiracy to sell Medicare patients’ personal and medical data. This data was then used to submit false or fraudulent claims for medical equipment to Medicare. Alexandre and Hirsh have sentencing hearings scheduled for June. Four other defendants in this case are also scheduled to be sentenced this year.

In New York, Dr. Gautam Arora pleaded guilty to unlawfully acquiring controlled prescriptions by misrepresentation and fraud and scheming to defraud a health care benefit program. Arora prescribed opioids to individuals who were not his patients, neglected to perform physical examinations, and neglected to assess patients’ medical conditions or potential for abuse of the drugs. Between January and March 2016, Arora billed for over $92,000 worth of services he either did not perform or did not perform as expected. These convictions carry a maximum sentence of ten years in prison and a $250,000 fine.

Janet Olatimbo Akindipe of Maryland was sentenced to 13 months in prison committing Medicaid fraud of over a quarter-million dollars. Rather than performing home health services and submitting timesheets to the home health agencies that employed her Akindipe submitted timesheets for services she did not provide, including times when she was working at her full-time job or out of the country. Akindipe also paid kickbacks to get Medicaid beneficiaries to sign falsified timesheets. Akindipe must also pay restitution in the amount of $269,808 and a forfeiture money judgment for $119,773.

How Credentials Verification Can Protect Your Healthcare Organizations

Although healthcare entities can’t predict every adverse event or fraudulent provider, they can take precautions to help protect themselves and their patients from the consequences of healthcare fraud. In addition to familiarizing themselves and their employees with healthcare laws and regulations and implementing strict compliance procedures, healthcare organizations should also verify providers’ credentials and monitor state and federal databases for fraudulent or adverse actions. With continuous monitoring of thousands of provider exclusion, sanction, and disciplinary databases, Verisys can alert healthcare organizations of any suspicious activity or historical findings so that they can take appropriate steps to address issues as quickly as possible and keep themselves and their patients safe from potential healthcare fraud.

Share On Social
Related News
Verisys Blog
HOW HISTORICAL DATA CAN BE KEY TO PATIENT SAFETY
Read More
Verisys Blog
What Is A PTAN Number?
Read More
Our website uses cookies to enhance your user experience. By continuing to use this site you are giving consent to cookies being used.AcceptPrivacy policy