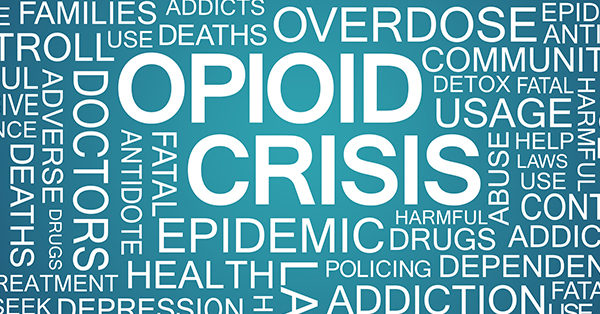 The U.S. is gripped with news of daily tragedy associated with opioid abuse. Federal and state agencies, payers, providers, data technology companies, pharmaceutical manufacturers, and health care institutions are coming together to mitigate this crisis.

Topics of the call included facilitating alternative pain management, addiction support programs, and other solutions to address current misuse by some 12 million patients. However, one of the key components to preventing abuse and addiction in the first place is thorough screening and exclusion monitoring for those who are prescribing opioids. The problem is not limited to illegal use. In 2016, more than 40% of deaths by overdose involved individuals who had a prescription for opioids, according to data collected and reported by the Centers for Disease Control and Prevention.

If prescribers who have been excluded from participating in federal programs or have revoked or otherwise impaired licenses were thoroughly screened and properly restricted from prescribing controlled substances, there could be an immediate reduction of opioids in the hands of many of the 46 people who are dying daily from overdoses.

It also stands to reason that providers who are not in good standing and who are prescribing opioids may not be properly monitoring the recipients of these deadly, legal drugs. This leads to even more patients who become addicted.

A critical best practice for any health care organization is to diligently screen and monitor their provider populations for exclusions as well as license verification. Often, these two data points can be the leading indicators for inappropriate opioid prescribing. License verification should not be limited to the state of practice alone but should be done nationally as well. This helps prevent those who are sanctioned or excluded in one state from establishing practice in a different state or in a different profession.

State hopping is more and more common and providers game the system to financially benefit at the expense of innocent lives, and unfortunately, it is contributing to the opioid epidemic. Since there is no central database or repository to look at licenses held across multiple states, it is critical to be thorough with nation-wide provider license verification and exclusion monitoring.

The OIG’s exclusion database, the List of Excluded Individuals and Entities (LEIE) is updated monthly and contains the current list of excluded individuals and entities. Health care organizations are required to check all new hires and contractors, as well as monitor regularly against the LEIE to assure there are no services or items provided by and/or reimbursed on behalf of an excluded individual or entity.

The Mid-Atlantic region is in the crosshairs for opioid abuse prevention as announced by Assistant Attorney General Brian A. Benczkowski of the Justice Department’s Criminal Division with the formation of the Newark/Philadelphia Regional Medicare Fraud Strike Force. In a press release dated August 13, 2018, Benczkowski says, “The devastation the opioid epidemic is inflicting on communities across the country and here in the Mid-Atlantic region is staggering—and health care fraud has played a role in feeding that epidemic,” he continues, “It is estimated that each year tens of billions of dollars in American taxpayer money are lost to fraud, waste, abuse and improper payments.“

In a FierceHealthcare article posted August 1, 2018, Kim Holland, vice president of state affairs at the Blue Cross Blue Shield Association (BCBSA) says, “We also think it’s important to reduce the incidence of fraud, mainly by improving state licensure, which currently is nominal at best and not enforced. There are [unlicensed] residential centers that are not properly staffed with qualified people. The federal government elected to defer this to the states, so we’ll work with states in that regard.”

If we take the cue from Dutch philosopher, Desiderius Erasmus when he said, “Prevention is better than cure,” every task force effort would begin by putting into place a robust gatekeeping mechanism involving screening and verification of professional credentials for a 360-degree view of providers, and ongoing transparency through continuous exclusion monitoring of practitioners.

Verisys’ data platform FACIS® (Fraud Abuse Control Information System) contains primary source content from federal and state sources used for exclusion monitoring. FACIS is the most comprehensive data set in the industry and can be used to identify excluded individuals or entities. Verisys’ Verified License Search and Status® is a real-time transaction engine that actively gathers and verifies primary source data on health care providers from licensing boards in all U.S. states. Together these tools ensure that providers are properly licensed and are free from exclusions which helps prevent the distribution of opioids by those who are out of compliance with industry regulations.