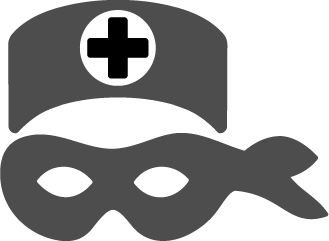 A recent audit by the New York Office of the State Comptroller called, “Oversight of Nurse Licensing” found several issues that need immediate attention in order to avoid further “threats to the public’s health” according to the report.

The honor system that relies on self-disclosure by nurses of criminal activity and other acts of misconduct is putting New York patients at risk.

FACIS by Verisys is the only health care data set that reveals not only exclusions, but debarments, disciplinary actions and sanctions, current and historical, nationwide. Verisys is committed to developing SaaS tools and providing data that help keep patients safe. If you are hiring nurses and rely solely on license status, you may be compromising your patient population.

The State Education Department, the entity in charge of licensure and the practice of nursing in New York State, does not properly screen nurses applying for licenses nor does it monitor or discipline for misconduct. The Department relies exclusively on self-reporting every three years and when there is a complaint, even on a top-level priority, the audit revealed that no action was taken within the mandated time frame.

Many people who are convicted of crimes never disclose that information and there is no systematic state and federal criminal background checks done as part of the license screening process in New York. Once a nurse is licensed and is found guilty of misdeeds such as sexual assault, overdosing, stealing opioids and selling them, nurses in New York do not lose their licenses.

There is legislation in the works to mandate more thorough screening, investigative and disciplinary processes. However, Department officials are challenged by a lack of resources and an outdated computer system as barriers to access verified data to properly screen as well as efficiently manage investigations.

Verisys designed screening, verifying and monitoring tools powered by the gold standard of health care data with cloud access allowing any entity access with a user name and log in. Verisys’ health care data and next-generation SaaS platform CheckMedic are on the cloud allowing ease of access to sophisticated, real-time data and secure, Tier3+, individual profile management with the MedPass. This type of access bypasses the need for computer upgrades and aggressive IT requirements. By simply logging in with internet access, state boards and hiring entities can access the best data and utilize dashboards and alerts to effectively manage large populations of nurses.

ProPublica published the findings from its investigation conducted in 2016 about New York’s weak oversight of nurses and the exposure from that investigation. The article highlights harrowing acts of opioid theft, rape of impaired patients, even the murder of a toddler; and even while serving a prison sentence for second-degree murder, that nurse’s license remained intact in New York.