Independence Day Reminds Us That Perseverance Pays Off 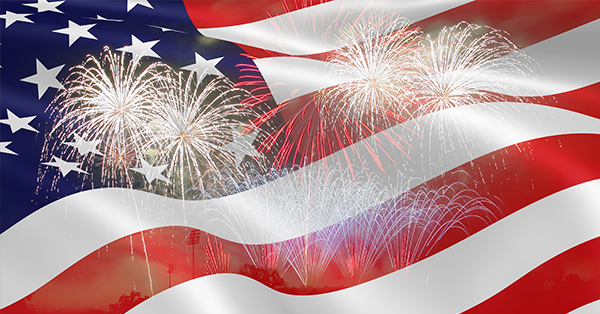 July 4, 2020 is yet another birthday for the United States, its 244th anniversary of the day the Declaration of Independence was signed. That was only the beginning of this great union. It took until September 17, 1787 to develop a written constitution and another year before it was ratified on June 21, 1788. But it wasn’t effective until March 4, 1789 — the day George Washington took his first oath of office. It took almost 13 years from declaring independence to finally, officially, begin a very unique operating experiment in democracy.

It takes a lot of courage and persistence to make something of that magnitude come to fruition. Big accomplishments of any kind do not happen overnight. They happen after much time, patience, effort, stumbling, and perseverance.

Theodore Roosevelt said, “The credit belongs to the man who is actually in the arena; whose face is marred by dust and sweat and blood; who strives valiantly; who errs and comes short again and again; who knows the great enthusiasms, the great devotions, and spends himself in a worthy cause; who at the best knows in the end the triumph of high achievement; and who at the worst, if he fails, at least fails while daring greatly.”

As we trudge through 2020, the year of plagues and unrest across our nation, let us be mindful that all the challenges before us personally, as a nation, and as global inhabitants of planet earth can be overcome — as daunting as they may seem. History has shown us that faced with insurmountable obstacles, mankind has found a way to endure and overcome. That kind of perseverance is a hallmark of our country and our citizens. Let’s remember that we are stronger together and that divisions weaken our nation.

Verisys wishes you and yours a safe and peaceful Independence Day holiday. Seek solace and comfort among your loved ones knowing that we will overcome the challenges currently facing our country and that we as individuals can make a difference for good. Dare greatly to be someone who makes a difference.