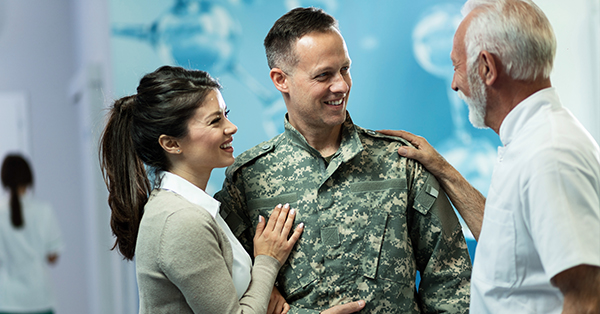 When a provider or entity is excluded by the Health and Human Services (HHS) Office of Inspector General (OIG) and included on the List of Excluded Individuals and Entities (LEIE), that individual or entity is excluded from all Federal programs, including TRICARE. The LEIE is readily available to download or search online, and all programs are required to screen against the LEIE prior to submitting for reimbursement on products or services provided by individuals and entities.

Sanctions, disciplinary actions, debarments, and exclusions originate in many different environments and are discovered and determined by a myriad of regulatory bodies. Reporting these up, down, and laterally is another layer of administrative activity that has its own delays, inaccuracies and processes.

In line with a federal motto to be “a responsible steward of taxpayer dollars,” and to deliver “integrated, affordable, and high-quality health service to all Department of Defense (DOD) beneficiaries”, there is an ongoing effort to grant authority to all Federal agencies who administer benefits. Initially, TRICARE gained regulatory authority under 32 Code of Federal Regulations (CFR) 199.9 to sanction or exclude providers for acts of fraud and/or abuse against the TRICARE Program.

TRICARE’s authority expanded, on March 28, 2013, when a final rule took effect that gave authority to TRICARE to sanction third-party billing agents from the TRICARE program for committing fraud or abuse.

In May of 2019, the U.S. Department of Defense (DOD) issued a proposed rule that would give the Secretary of Defense authority to impose civil monetary penalties (CMPs) against providers and suppliers found guilty of committing fraud and/or abuse against the TRICARE program. This rule is based on the same section 1128A of the Social Security Act that outlines civil monetary penalties levied by the Department of Health and Human Services for fraud and abuse offenses against Medicare and Medicaid.

Adding penalties is an effort to create a program that will be known as the “Military Health Care Fraud and Abuse Prevention Program” that embodies the powers of prosecution, sanctions, exclusions, as well as civil monetary penalties as forces to impede and prevent fraud and abuse against TRICARE.

A Program Integrity Division Operational Report published by the Defense Health Agency (DHA) for the period of January 1, 2018 to December 31, 2018, states that it oversees 9.6 million Department of Defense (DOD) beneficiaries with the mission to “manage healthcare anti-fraud and abuse activities for the Defense Health Agency to safeguard beneficiaries and protect benefit dollars.” And the vision to “…have an effective healthcare anti-fraud program in place that can be considered a model of excellence for the industry…”.

USE CASES OF ABUSE

The DHA Program Integrity Division (PID) publishes a wide range of information on its website including the listing of Sanctioned Providers, alerts that impact patient safety, and a link to report health care fraud.

Notification alerts regarding patient safety in 2018 included information gathered from investigations that include beneficiaries who may have been exposed to multiple use of syringes, a single dose of vials distributed amongst multiple patients, dilution of immunizations, chemotherapy, and other acts that could lead to patient endangerment.

One example of a conspiracy to commit health care fraud that involved kickbacks and billing for non-covered services that resulted in a criminal conviction and $4.7 million in restitution took place in 2018 when Jody Sheffield was sentenced to more than two years in prison for submitting unnecessary toxicology and DNA cancer screening tests.

Verisys includes checking the TRICARE sanctions list as a standard part of its FACIS® data set. Having real-time access to all of the primary sources that generate sanctions and exclusions provides a clearer view of any fraudulent and abusive actions by providers. While all Federal agencies work to share and collectively report in searchable data bases those who endanger patients and degrade entitlement programs, there is often a delay in sharing and updating databases in a timely manner.

Verisys is the single source of access not only for the most current data from all of the Federal reporting programs but is also an aggregated data platform that matches disparate records to individuals and entities with its proprietary algorithms.

Individual data searches as a stand-alone resource are not always as current and conclusive as they appear. Using data science to aggregate millions of records and assign those records to the correct identity brings the provider or entity into full focus. Having a complete, real-time view of the provider assures better quality care for TRICARE beneficiaries and more effective use of taxpayer dollars.